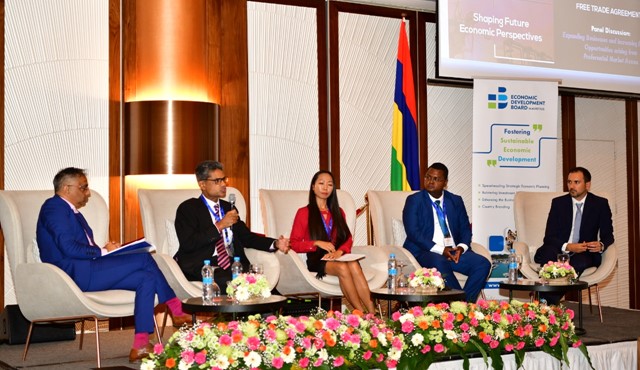 The Mauritius- China Free Trade Agreement workshop themed, 'Shaping Future Economic Perspectives’ organised by the Economic Development Board (EDB), under the aegis of the Ministry of Finance and Economic Development in collaboration with the Ministry of Foreign Affairs, Regional Integration and International Trade and the Embassy of the People’s Republic of China was launched on the 1 March 2021. This two-day event is being held at Le Méridien Hotel, Pointe-aux-Piments.

In his keynote address, Minister Padayachy highlighted that the agreement is the first FTA concluded between China and an African country and is in force since 1st January 2021. He underlined the privileged political, cultural and economic relations that both countries share.

The sessions focused on Trade in Goods with emphasis on new opportunities for businesses, dynamics of the Chinese market, new technologies as trade enablers, and understanding rules of origin under the Mauritius-China FTA for Market Access.

For a better understanding the Mauritius-China FTA, the EDB launched a comprehensive booklet. Click here to consult it.