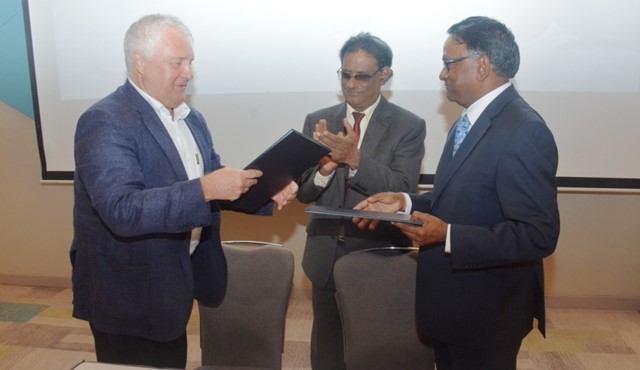 Mr. Marday Venkatasamy, President of the MCCI and signatory during the event, highlighted that there are numerous business scopes that need to be explored by the business communities of both Russia and Mauritius and expressed the wish that through these MoUs, business collaboration between the operators can be strengthened.

He also underlined the roles of Chambers of Commerce and Industry in the support and promotion of business in a country and stated that he is confident that both Moscow and Lipetsk Chambers of Commerce and Industry and the MCCI will work in close collaboration to enhance and consolidate the trade and investment cooperation between Russia and Mauritius.