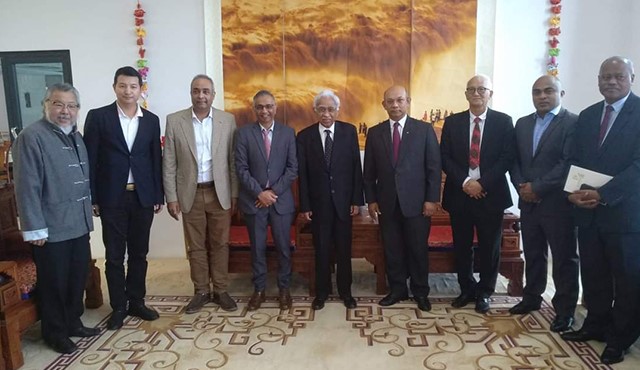 The Secretary-General of the Mauritius Chamber of Commerce & Industry (MCCI), Dr Yousouf Ismaël and the President of the Chinese Business Chamber of Mauritius, Mr Jacques Tsang Mang Kin, met an official delegation from the Republic of Madagascar, at the JinFei Smart City, on Monday the 8th of August 2022. The Malagasy delegation was led by the former acting President and Prime Minister of the Republic of Madagascar, Mr Norbert Lala Ratsirahonana.