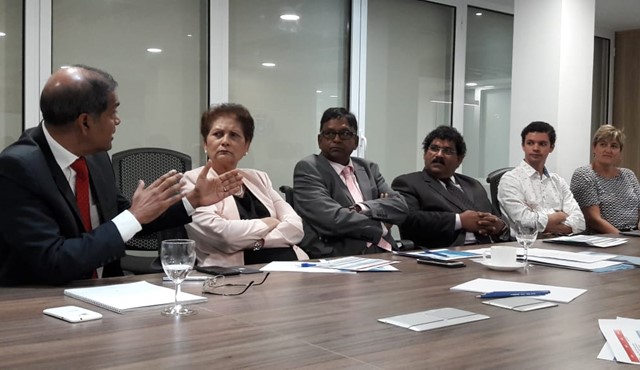 A meeting was held on the 19 December 2018 at the seat of the MCCI between representatives of the business associations in Mauritius and the President of the COMESA Business Council (CBC), Mr. Marday Venkatasamy.

The objective of the meeting was to inform participants on the current overall state of play of African regional cooperation and share views on how to facilitate business activities based on a dynamic and sustainable strategy within COMESA.

In his opening remarks, Mr Marday Venkatasamy, who is also the President of the MCCI, stated that the MCCI, as the CBC National Focal Point in Mauritius, will work very closely with all the stakeholders with the objective of creating an enabling environment for the private sector to take full advantage of the Common Market.

This first meeting was an opportunity for the representatives of the various sectors of the economy, namely trade, industry, financial services, agro-industry and logistics, to voice out their concerns and to share views on the way forward.