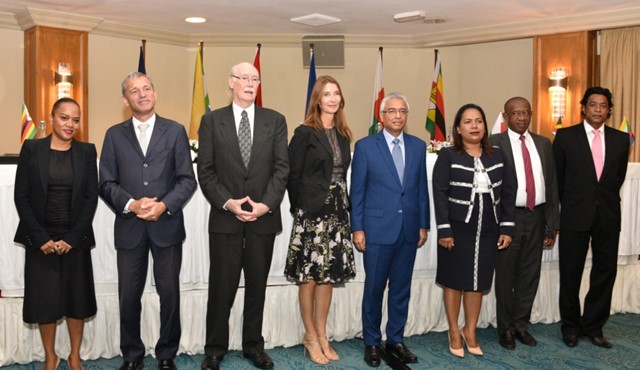 The Prime Minister, Hon. Pravind Jugnauth, has officially launched the negotiations on the deepening of the interim Economic Partnership Agreement (iEPA), today 02 October 2019 at the Maritim Resort, Turtle Bay, Balaclava.

The iEPA, signed in 2009 with the EU, comprises three chapters namely Market access, Development and Fisheries components. The EU and ESA iEPA Signatory States namely Mauritius, Comoros, Madagascar, Seychelles and Zimbabwe agreed in 2017 to initiate a process with the European Commission to expand the coverage of the Agreement.

An ESA-EU Scoping paper was completed in May 2019, providing the parameters to deepen the Agreement in key areas including Trade in Services, Investment, Trade Facilitation, Intellectual Property Rights, as well as to review some of the key provisions of the Agreement.

The MCCI has been one of the main private sector institutions actively participating in the preparatory discussions on the deepening of the iEPA.

The launching of the negotiations will be followed by the first ESA-EU technical meeting on 03-04 October 2019 in which the MCCI will be involved.