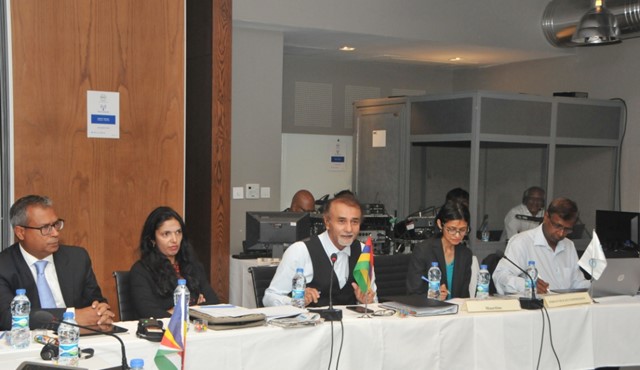 A Brainstorming Meeting on the deepening of the interim Economic Partnership Agreement (iEPA) was held on Wednesday 7th of February 2018 at the Voilà Hotel Bagatelle, in Moka.

The one-day event, organised by the Ministry of Foreign Affairs, Regional Integration and International Trade, is bringing together delegates from the five iEPA signatory States, that is, Comoros, Madagascar, Mauritius, Seychelles and Zimbabwe. Representatives of the MCCI, namely Mr. Raju Jaddoo, Secretary-General, and Mr. Vivagen Amoomoogum, Analyst, Trade Division, also attended the meeting.

The focus of the meeting was to harmonise and coordinate the five countries positions on the priority areas to be negotiated with the European Commission with regards to the deepening of the iEPA.