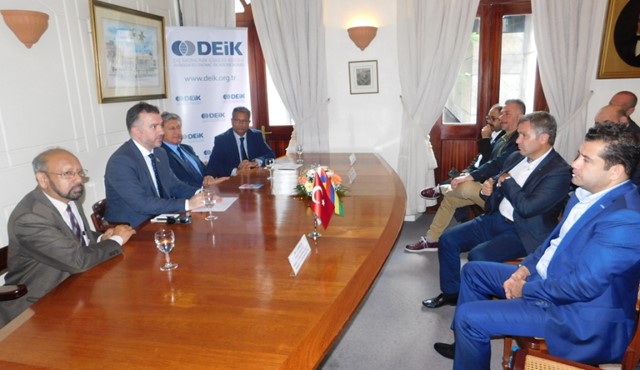 The Turkish delegation was present in the context of the inaugural flight of Turkish airlines to Mauritius. The Secretary General of the MCCI, Mr. Raju Jaddoo, who chaired the meeting, expressed his appreciation of the strengthening of business links between the two countries. He pointed out that, now with direct flight connectivity between Mauritius and Turkey, business facilitation will be enhanced. He also recalled that business people can exploit the benefits that avail to themselves through the signing of the MoU in Izmir with the Foreign Exchange Relations Board of Turkey (DEIK) in August 2014.

Mr. Ömer Hakan Baki was also pleased to note that the two countries are clearly illustrating a growing interest in working together. He talked about the business opportunities available in Turkey, which Mauritian businessmen can seize.

Mr. Assad Bhuglah, Director, Trade Policy, Ministry of Foreign Affairs, Regional Integration and International Trade, who was also present, talked about the Free Trade Agreement (FTA) between Mauritius and Turkey implemented in June 2013. He stressed upon the fact that there are a multitude of business advantages available for business people of both countries through the FTA. However, these benefits are not enough exploited. He encouraged members of the business communities to make the most of the FTA and to capitalize on these opportunities.