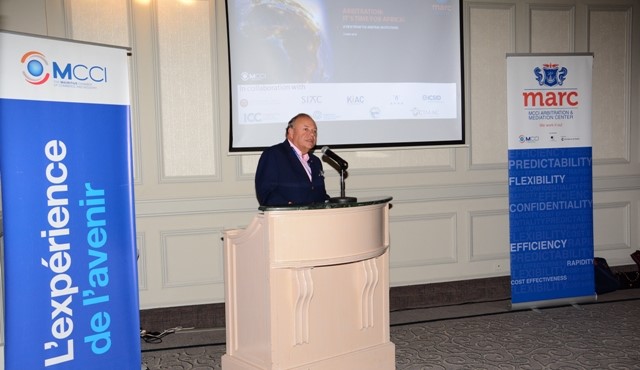 The MCCI Arbitration and Mediation Center (MARC) is pleased to announce the appointment of Mr. Neil Kaplan as the President of its MARC Court.

Mr. Neil Kaplan CBE QC SBS has been a full-time practicing arbitrator since 1995. During this period he has been involved in numerous arbitrations as co-arbitrator, sole arbitrator or chairman. These arbitrations have included a wide range of commercial, infrastructural and investment treaty disputes under the rules of the ICC, HKIAC, LCIA, UNCITRAL, SIAC, SCC, ICSID and CIETAC. Mr. Kaplan has also presided over ad hoc arbitrations as well as bilateral investment treaty cases administered by the PCA.

Called to the Bar of England and Wales in 1965, Mr. Kaplan has practiced as a barrister, Principal Crown Counsel at the Hong Kong Attorney General’s Chambers and served as a Judge of the Supreme Court of Hong Kong in charge of the Construction and Arbitration List.

In June 2001 Mr. Kaplan was awarded a CBE for services to international arbitration. In 2007 he was awarded the Silver Bauhinia Star by the Chief Executive of the Hong Kong SAR.

As a result of his contribution to the development and growth of arbitration in Hong Kong, Neil is often described as “the father of Hong Kong arbitration”.

It is a true honor for the MCCI and the MARC Team to work with such a personality, and the MCCI firmly believes that Mr. Kaplan will play a pivotal role in the continued growth and success of MARC.

The MARC Court will work in collaboration with the Permanent Secretariat to enhance the neutrality and transparency of the appointment process and of decision-making related to procedural issues. It will also rule on the admission of arbitrators and mediators on the MARC Panels and on appointment of arbitrators and mediators in case of absence of mutual agreement between parties.

The MARC Court is part of a new governance structure more in line with international best practices and standards, as an endeavour to better meets the needs of the growing community of users of arbitration and mediation.

In addition to the MARC Court, a MARC Advisory Board composed of international experts also forms part of the new MARC governance structure. The MARC Advisory Board will be consulted on matters relating to MARC's development policies and best practices as well as on projects and initiatives to further the development of ADR methods in general as effective trade and business facilitation tools.